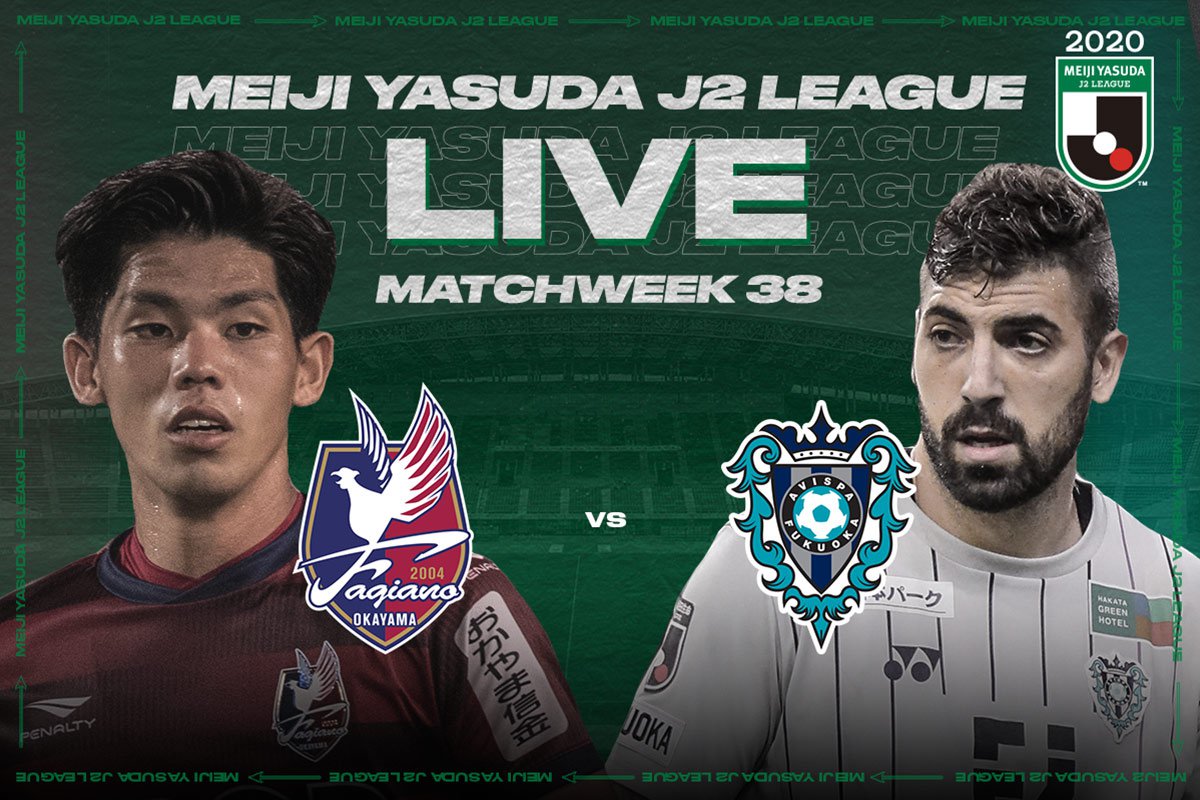 On December 2, the J.League International YouTube Channel will broadcast a free J2 match from Round 38: the clash between Fagiano Okayama and Avispa Fukuoka.

Second-place Fukuoka, who are four points behind league leaders Tokushima Vortis, will face Okayama away. After failing to win for two matches, Fukuoka gained three important points on Sunday by defeating Omiya Ardija. They are now aiming for a second consecutive victory by relying in particular on their steady back line. Meanwhile, Okayama are struggling, being winless in five matches. Satoki Uejo has been in fine form, but the defensive unit needs to step up and concede less goals.