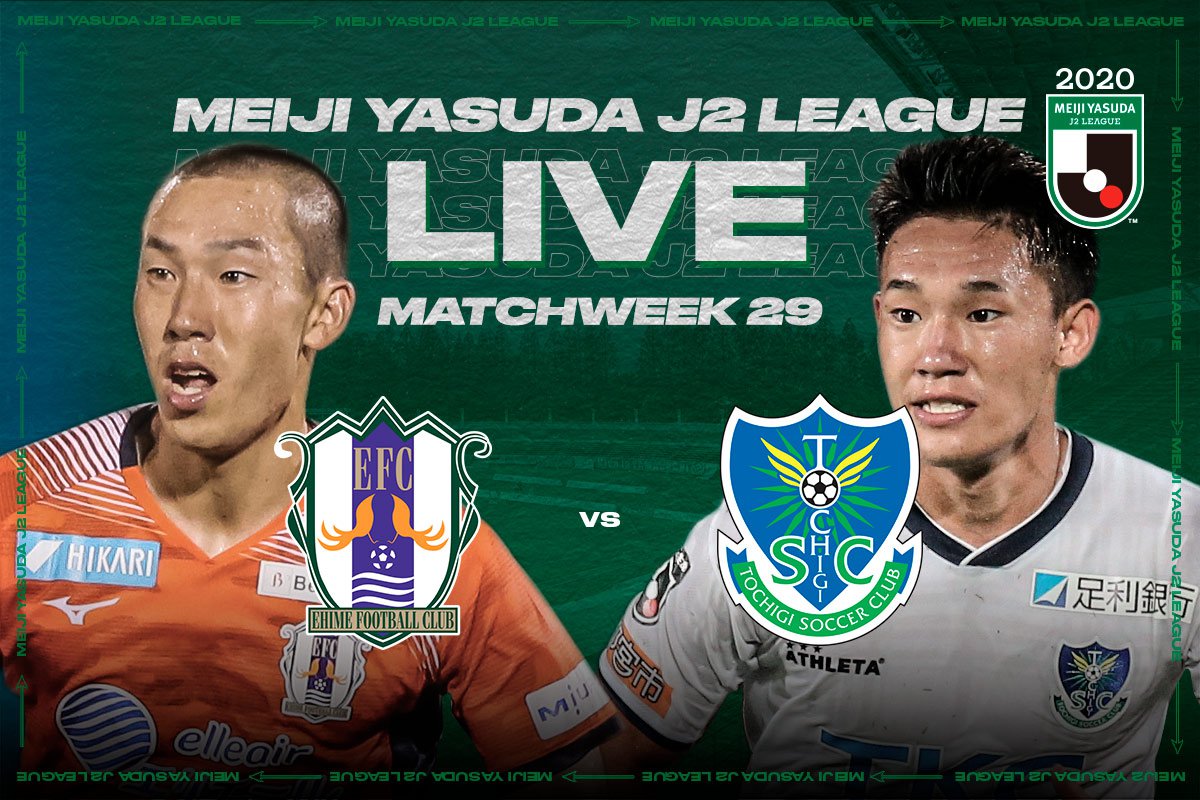 The J.League International YouTube Channel will broadcast a free J2 match this weekend. On October 25, we will offer the match between Ehime FC and Tochigi SC from Match-day 29.

Ehime FC come from four losses in a row and sunk to the bottom of the table. In the previous much, they suffered a total defeat against V Varen Nagasaki in which they conceded four goals for the third time in a row. They absolutely need to improve to avoid yet another defensive collapse. On the other hand, visitors Tochigi defeated FC Ryukyu last weekend and obtained three precious points for the first time in the last six games. Shota Sakaki and Toshiki Mori are in great form and will lead the visitors’ attacks.