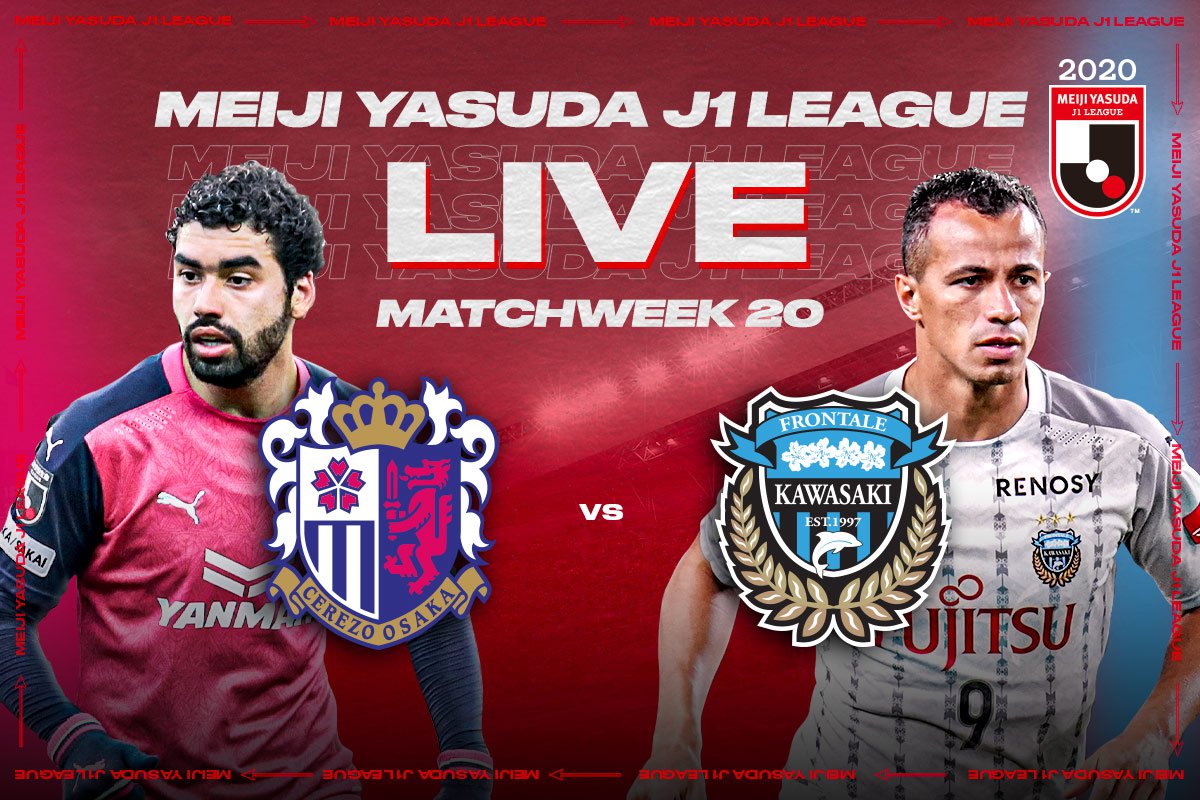 Global fans in certain markets will be able to catch this MEIJI YASUDA J1 LEAGUE broadcast on the official J.LEAGUE International YouTube channel on October 3rd at 15:00 JST.

The highlight of the weekend fixtures is the second-placed Cerezo Osaka’s redemption attempt against the formidable, Kawasaki Frontale, to close the 11-point gap.

A do-or-die for Cerezo, six points are at stake for the Miguel Ángel Lotina’s boys. A win at the Yanmar Stadium Nagai would narrow the gap to eight, while a loss would widen to a devastating 14. Having lost a humiliating defeat of 5-2 to Kawasaki last August, ‘redemption’ is the key-word for the Osakans; to do so, keeping Kawasaki’s impeccable arsenals at bay with the Cerezo-like defense and finding a winner through artisan Hiroshi Kiyotake would prove to be decisive.