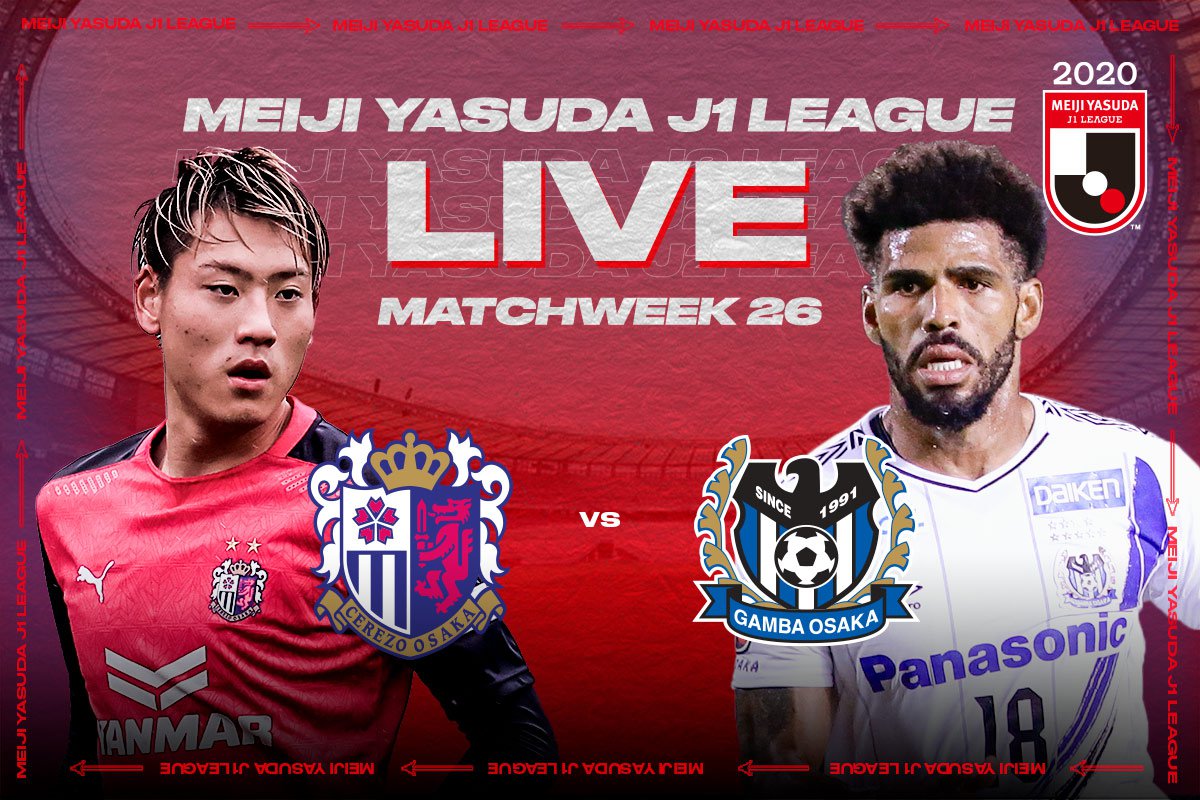 It's Derby Day in the MEIJI YASUDA J1 LEAGUE—and our global fans in select markets can catch all the action on our official J.LEAGUE International YouTube channel! Don't miss out as Cerezo Osaka take on Gamba Osaka in a rivalry match on November 3rd!

It’s the derby week at Osaka, as the neighbors of Osaka prefecture galvanize for an intense fixture. Gamba Osaka have recently overtaken their rivals to sit second on the ladder and will be visitors at the Yanmar Stadium Nagai this Tuesday. They have been unbeaten for ten games and won the last three fixtures including a 2-1 victory over Sapporo last week. They have been reproducing their 2008 AFC Champions League (ACL) winning outfit with a balanced display on both ends of the pitch. The derby win would provide an immense impetus for their race towards the end of the season, having been defeated by Cerezo Osaka in the previous meeting. However, Cerezo, too, are in dire need of the three points. Their October slippery has caused them the all-or-nothing ACL spot and are three points behind the second-placed Gamba. Despite their latest fixture being a lackluster defeat to Urawa Red Diamonds, the ten days of recovery may prove to be decisive when faced with the fatigued visitors. The sharpened forwards in Hiroaki Okuno and Yuta Toyokawa may cause trouble for the on-form travelers.