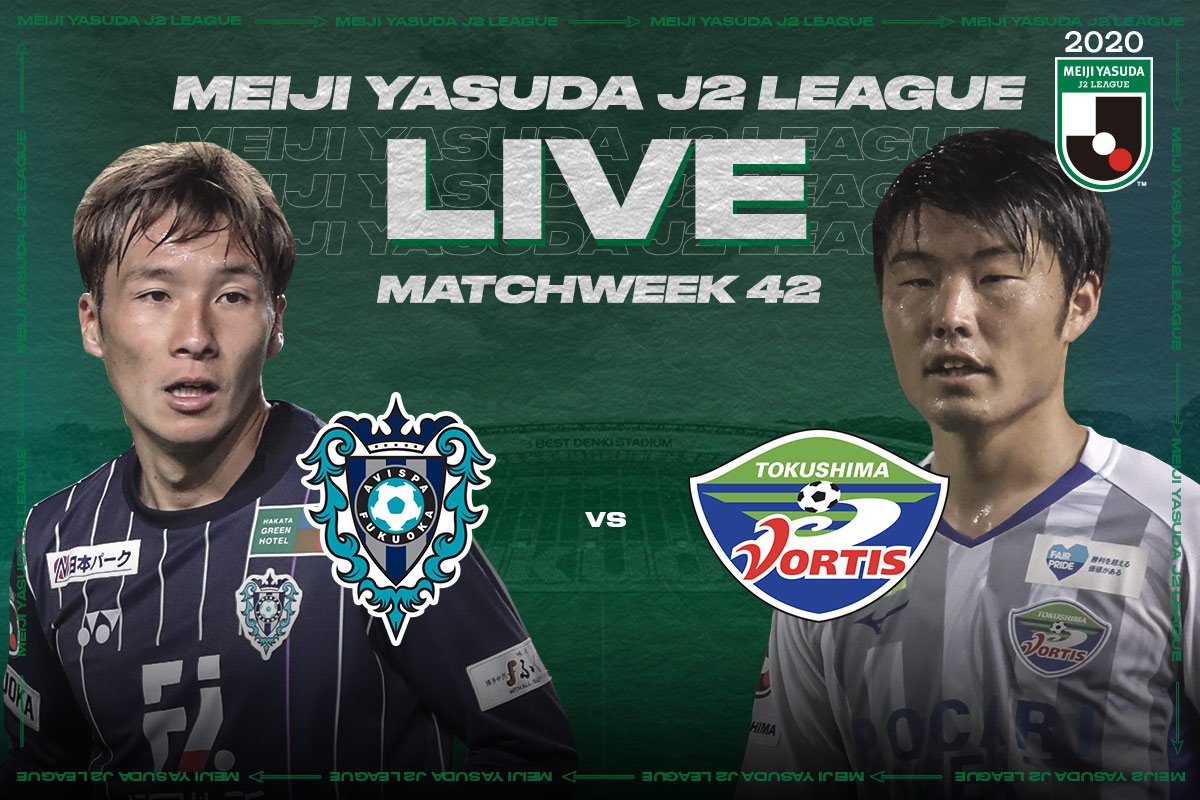 The J.League International YouTube Channel will broadcast free J2 matches this weekend. On December 20, we will offer the match between Avispa Fukuoka and Tokushima Vortis from Match-day 42.

Tokushima and Fukuoka have already sealed their promotion to J1. This weekend’s last clash between the top two teams will decide who will finish on top of J2 and lift the trophy.

However, League leaders Tokushima are three points ahead of second-place Fukuoka, and also have a massive lead on goal difference. Fukuoka need a win with seven or more goal difference to become the J2 champions. But despite Tokushima huge advantage, Fukuoka still have a slim chance. To pull out a miracle at home, Fukuoka will do their 110% to score as many goals as possible.