A J.LEAGUE collection with an Italian connection: ‘20J1’ kits in Naples 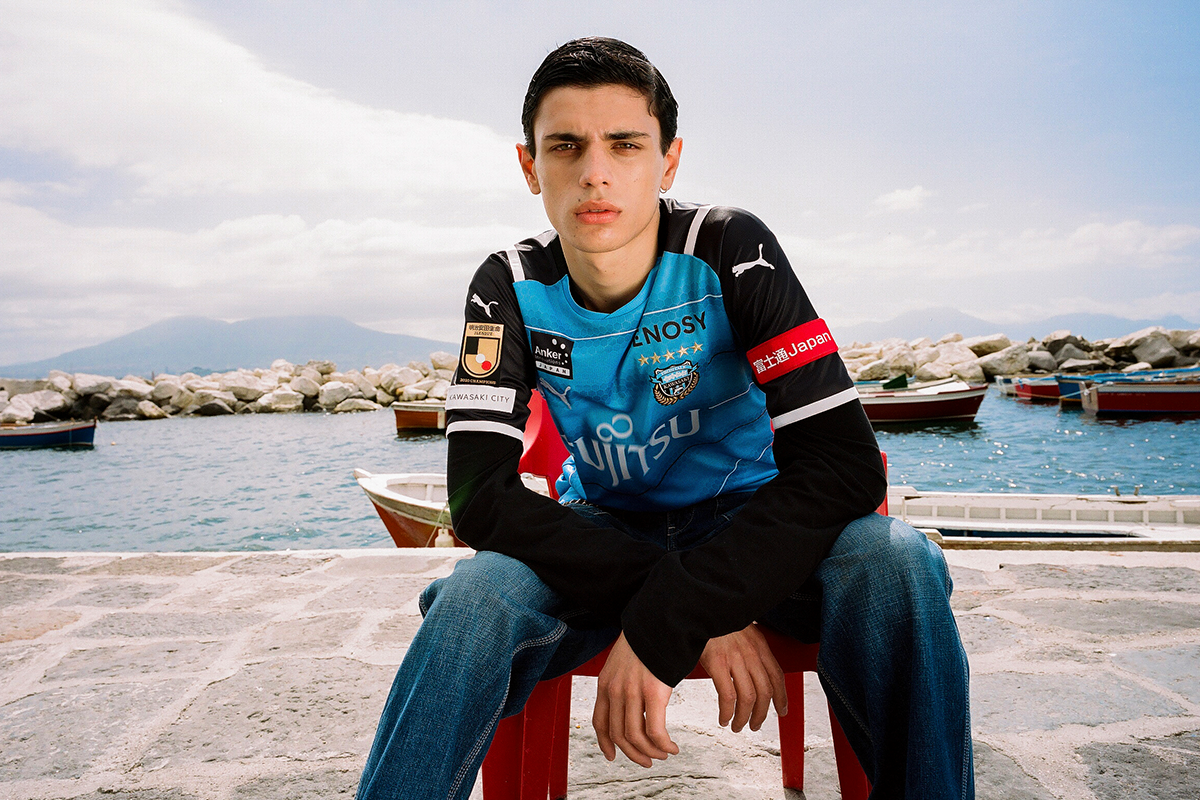 As part of 20J1 in 2021, a project designed to celebrate the global diversity, unique club cultures, and vibrant fashions at the heart of Japanese football, J.LEAGUE presents some of its kits with connections to Italy.

The 2021 home shirts of two Kanagawa-based clubs, Kawasaki Frontale and Shonan Bellmare, feature on the streetscapes and waterfronts of Naples—a fitting locale for these two teams with unique Italian roots in their very names.

The current J1 LEAGUE champions in Kawasaki explain on their club website that their “Frontale” name “means ‘front’ in Italian, and it stands for keeping challenge in the front line and playing fairly.” 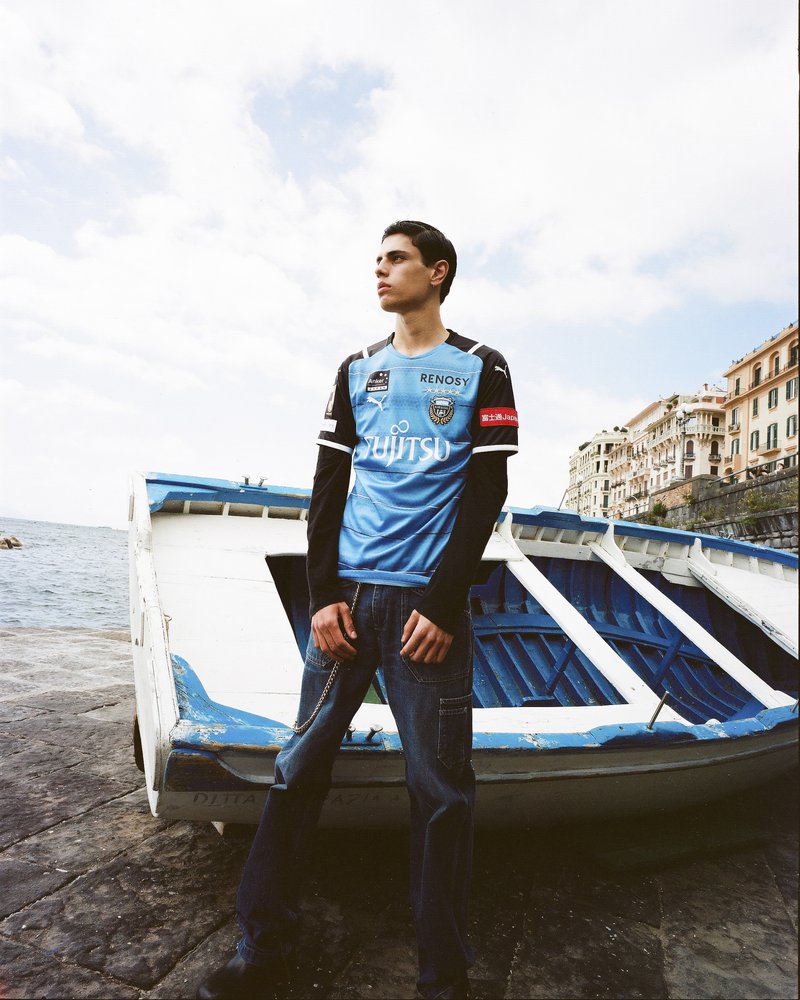 The “Bellmare” name that has been a part of the Shonan club since 1993 is taken from the Italian words “bello” (beautiful) and “mare” (sea) as a proud reference to the club’s sublime coastal environs.

Both Frontale and Bellmare have nautical themes in their club iconography, from the Kawasaki dolphin to the Shonan trident, and this local maritime heritage represented in their branding makes them a logical set of teams to connect to a place where water collides with local life in such fascinating ways. 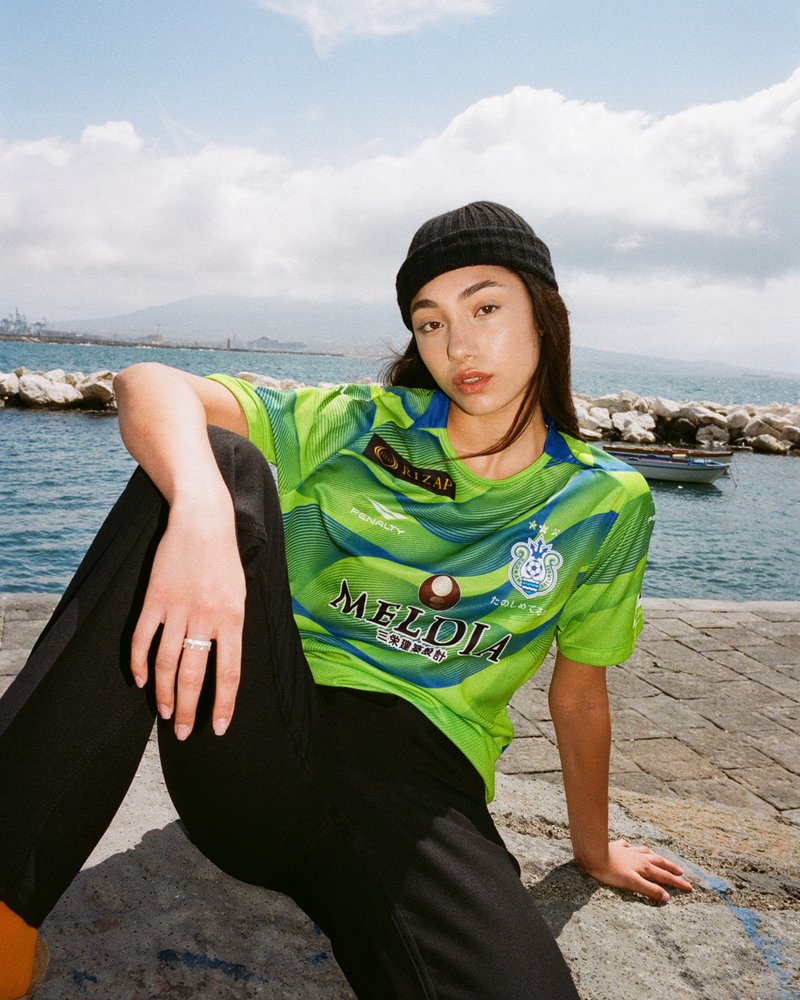 This collection also showcases the kit of Sagan Tosu, a club that has in recent years had several connections to Italian football through Juventus, who helped inaugurate the Kyushu club’s training ground with a youth team visit in 2014, before the two academies played five years later in the 2019 Future Cup. As part of the Bianconeri youth team’s tour of Japan, they even met the mayor of the city of Tosu. 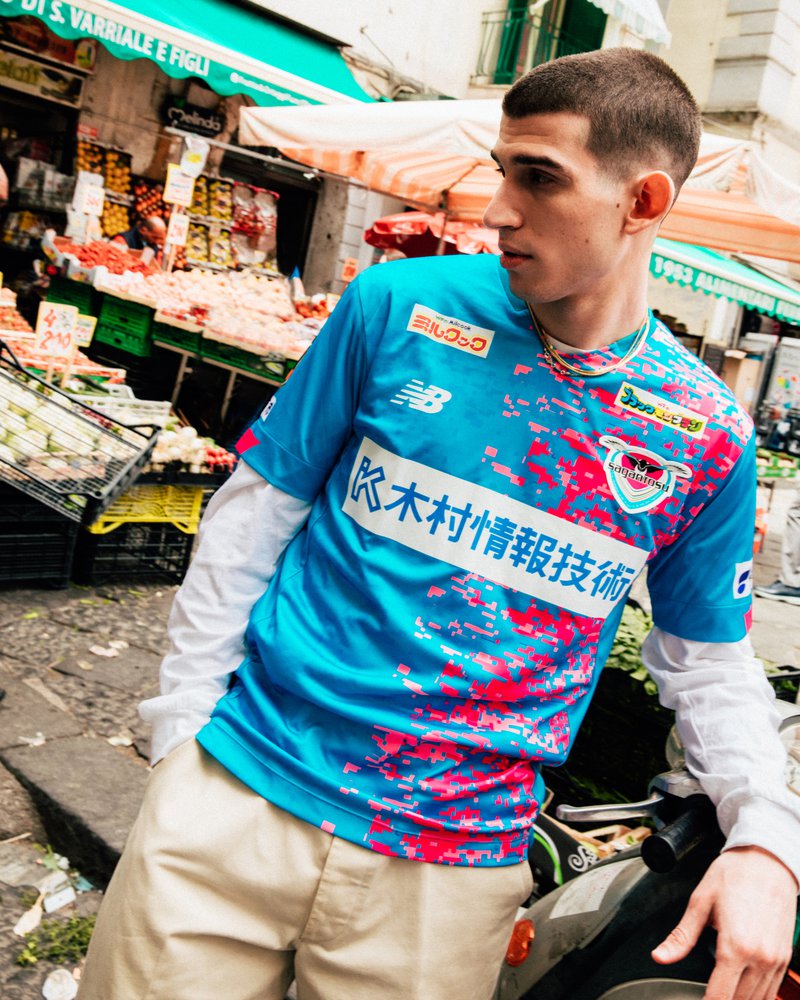 This project comes at a time when J.LEAGUE’s ties to Italy are as strong as ever. Recent developments include Italian fans of an anime show throwing their support behind Bellmare, which the club has responded to in appreciation, and the first Italian player since 2015 signing in J.LEAGUE, as Cristian Battocchio has recently turned out for Tokushima Vortis. 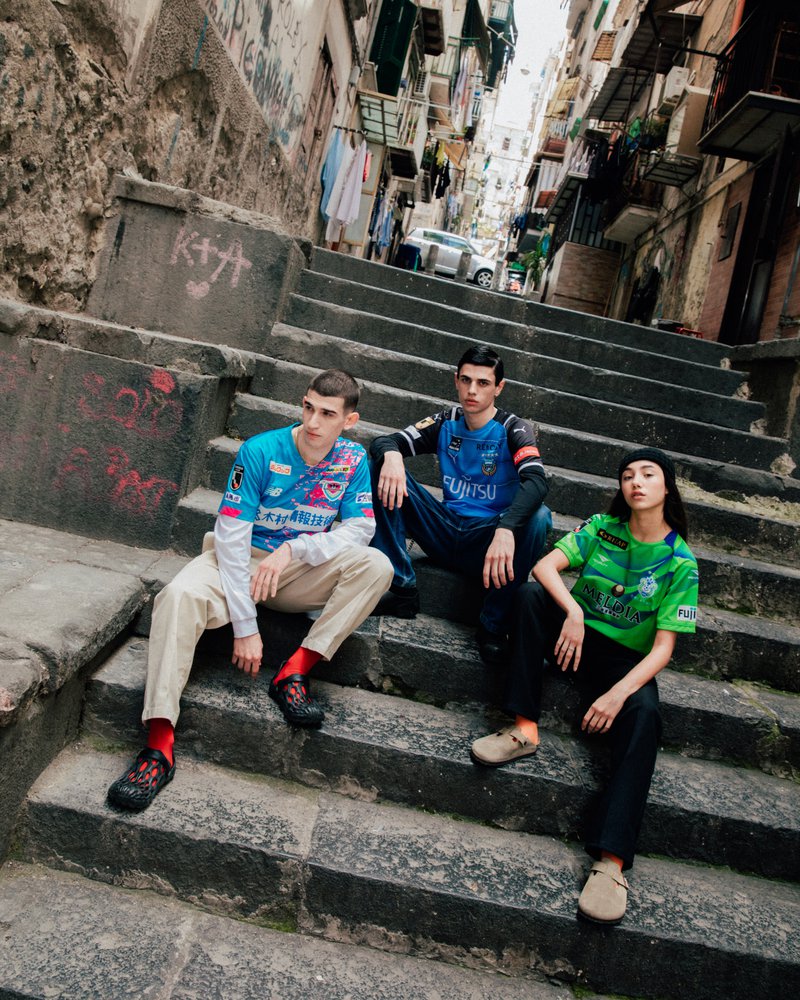