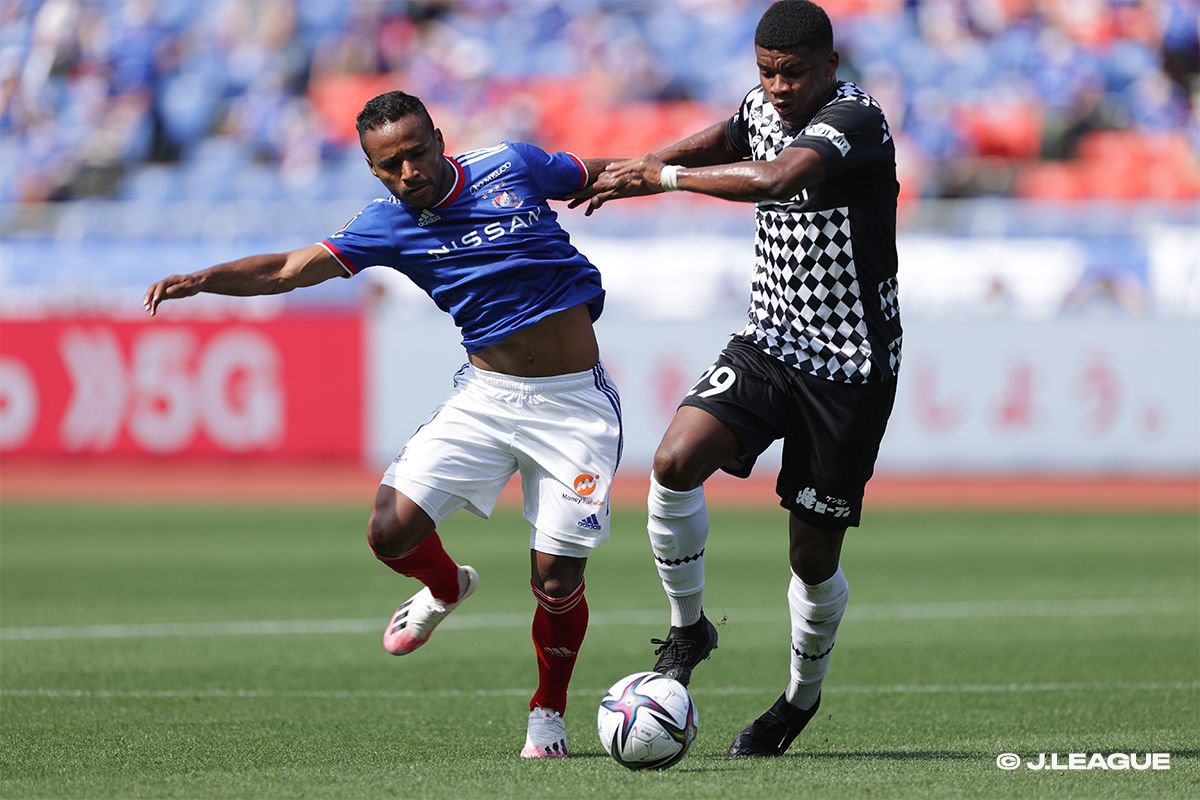 The Frontale machine kept on chugging as the champions picked up yet another win to maintain their nine-point lead atop the table. Surprisingly, it was Gamba who nearly struck first as Takashi Usami got a good look within 10 minutes, but fired just wide. From that point on, Frontale were on the front foot and the only reason they didn’t score shortly after was some fine goalkeeping by Masaaki Higashiguchi. Frontale did break through in the 41st minute when Tatsuya Hasegawa’s run unlocked the Gamba defense and set up Leandro Damião for his league leading 10th goal of the season. Kaoru Mitoma then put the match to bed in the 76th minute when he took a good pass from Shintaro Kurumaya, raced in down the left and finished beautifully.

Nagoya entered the weekend coming off of back-to-back defeats to Frontale, a major dent in their title hopes, but they were still only nine points back with plenty of time left in the season. On Saturday, they started their climb back, as Grampus put the clamps on the Cerezo attack. It was a classic Nagoya performance made complete when Yutaka Yoshida was able to get on the end of a ball in the 66th minute and finish for the victory to put the league’s second-place team back on the right track.

Marinos entered the match with a 10-game unbeaten streak, while Vissel had gone nine. This matchup of two red-hot teams was always going to be intense, but it was Marinos who shone brightest. They had the upper hand from the start and when Thomas Vermaelen put the ball in his own net to give Marinos the lead, you couldn’t say it wasn’t deserved. Jun Amano then added a second and Marinos not only had all three points, but they were up to third in the table.

The legend of Anderson Lopes continues to grow in Sapporo, where the Brazilian delivered victory yet again. Taisei Miyashiro put Vortis in front in first half stoppage time, but that just set Anderson Lopes up for the second half. He was on the spot in the 56th minute when he found space in front of the goal to turn a headed pass into the net for the equalizer and then he scored again in the 78th minute to deliver Sapporo the win. With that, Anderson Lopes moves to the top of the table with 11 goals.

Avispa Fukuoka ran off their fourth straight win this weekend and now find themselves all the way up to sixth in the table. Takaaki Shichi played the role of hero with a terrific header from a corner kick to notch the only goal of the match just after halftime. That kicked off a dominant half for Avispa, who could have added a second, but Reysol will also be left to rue a slew of missed chances in the first half when they could have easily taken a lead.

Kashima extended their unbeaten streak to five with their most impressive showing of the season. Koki Machida headed home from a corner kick to put the home side in front after 22 minutes, then Yuta Matsumura doubled the lead just just before halftime with a precise strike from 20 yards. By the time Ayase Ueda scored the final goal in the 87th minute, Kashima were well on their way to a dominant victory that the scoreboard didn’t even quite convey.

Shonan extended their unbeaten streak to eight games, and in a season marred by too many draws, this time they did it with a win. Shintaro Nago put them in front with a clever finish off a cross, then Wellington came off the bench to head home a cross of his own in a convincing victory for a surging Shonan.

It was a day of beautiful play from Urawa Reds, who walked away deserved winners. The opening goal came off a gorgeous team move, full of driving runs and flicks before a through-ball found Kasper Junker in alone on goal. The newly-arrived forward finished with ease to put the home side in front. The second goal was a moment of individual brilliance, as Yuki Abe curled a free kick right into the top corner for a fitting end to a terrific game from Urawa.

Yokohama FC’s upturn in form continued in Shizuoka, although it was S-Pulse who got on top first. Thiago Santana got free in front of goal to blast the ball home from close, but Kohei Tezuka answered just five minutes later with a brilliant free kick from 30 yards that just barely snuck inside the post to snag a point.

Sanfrecce came away with an away point, so they will head home happy, but the same won’t be true of Sagan. They spent most of the match on the front foot and had all of the game’s best chances, with Daichi Hayashi in particular getting some good opportunities, but they couldn’t find the back of the net and were forced to settle for the draw.